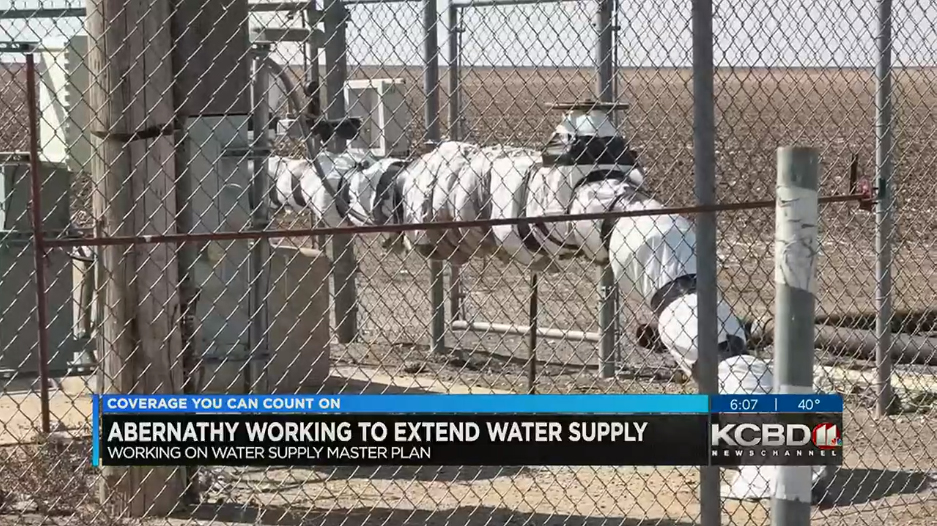 Home In the NewsCity of Abernathy working to replenish water supply

LUBBOCK, Texas (KCBD) – The City of Abernathy is running low on water. Council members are looking for ways to extend current resources and find new ones to help replenish the supply.

Upgrades and repairs would come at a high price for the city. Now the council is working on a master plan to fix the problem.

“We just don’t want to be backed into a corner and wake up one day, and they turn on the spigot, and there’s not enough water,” Dwain Read, interim city manager, and police chief, said.

Abernathy still has time, but that could be the case if steps aren’t taken to bolster the water supply soon.

“We’re moving as rapidly as we can to extend ours to that 40 to 50 year supply,” Read said.

Low levels are already affecting the growth of Abernathy. Read says developers are interested in working in the city, but that isn’t possible now.

“Until we get a water plan in place and a strategy and something working in the direction of increasing our resources, we can’t take on another development,” Read said. “We want to take on development, but we just are not in a position to do that at this time.”

Currently, water comes from wells located just outside the city, but the equipment being used isn’t made to push water from the wells to the city.

“We’ve been using the well pump to pull the water out of the ground and push it 12 miles into Abernathy, and those pumps are not designed to do that,” Read said.

That process, Read says, doesn’t allow the well time to recover and can cause damage.

Another factor, a city contract with Golden Spread to provide more than 300,000 gallons of water per month to electric power turbines.

The company uses nearly 16,000 gallons per month now, but the resource would run out if the total amount were requested.

The city’s water supply master plan suggests using holding tanks and booster pumps to extend the water supply. That equipment would cost the city more than $1.3 million to implement.

“Everything is expensive for sure,” Read said.

City officials are also exploring the possibility of drilling into the Dockum aquifer, which sits under the Ogallala aquifer. But the water there is brackish and would need to be treated.

Another option, utilizing effluent, or wastewater, when possible, to preserve the drinking supply.

“The quicker, the better that we do something,” Read said. “We feel like that probably we’re going to put something in place before we get into that peak season, which is coming up in a couple of months.”

The city council held a public forum on this issue earlier this week. Another is planned for April 5.

Read says the most significant objective of those meetings is educating residents about the seriousness of the issue and ways they can conserve water to help extend the current supply. 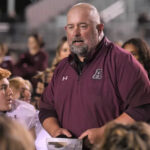